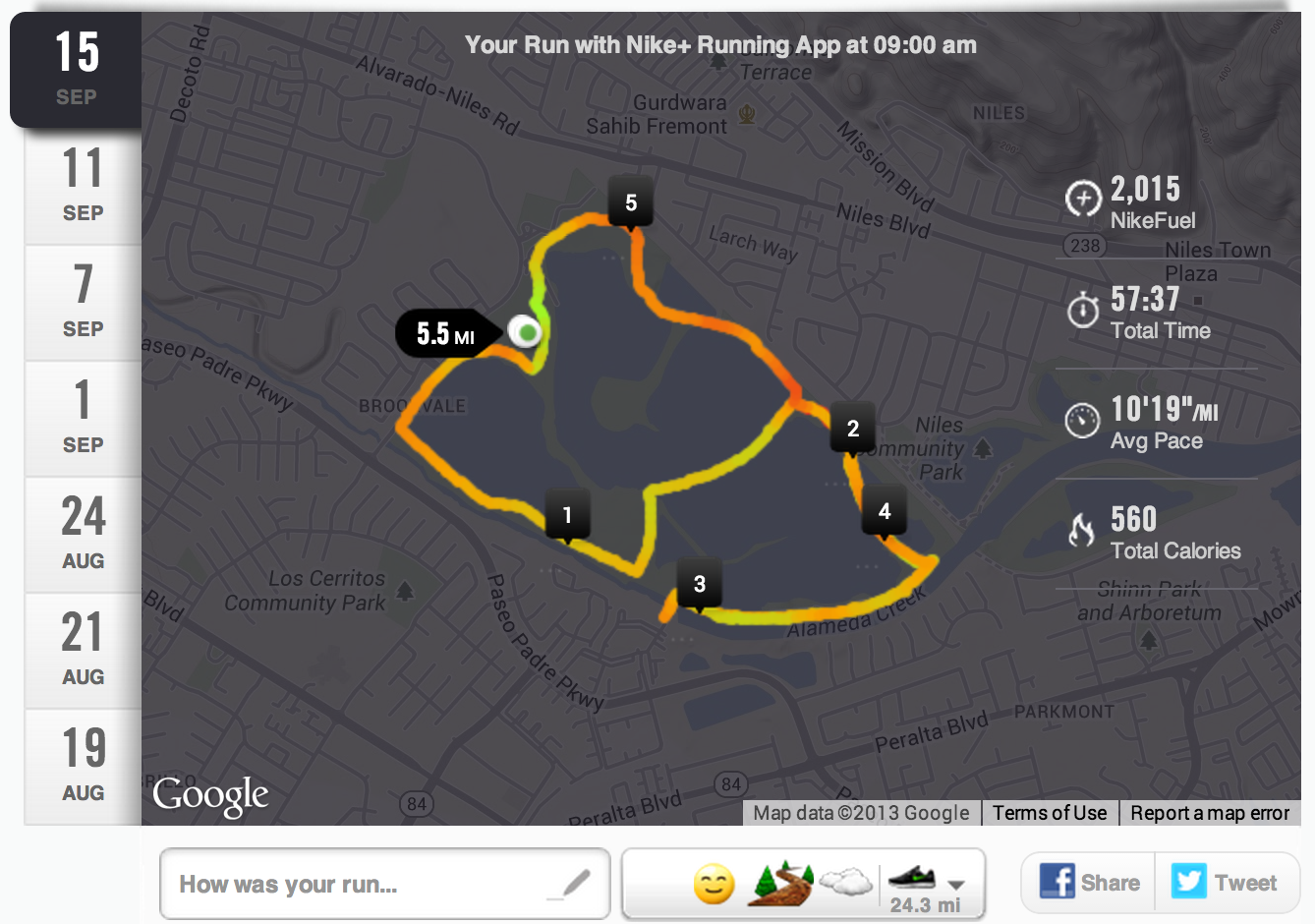 
Today I had a real treat — I ran the T9K race put on by Title Nine the second time, but this time without my son accompanying me via a stroller. T9K is one of the more kid- and stroller-friendly races I have ever seen, but since next week the whole family will be racing on the same course again for another race, my husband agreed to take on the kid wrangling so that I can run a race without the stroller this time. T9K is a woman-oriented race, and my friend Joanna joined me at Quarry Lakes on Sunday morning for this ladies-only run.

First thing I will say about T9K is that the race is definitely better this year than the last. They used a much better race timing company, and the race was better organized as well. I actually was able to get a timed result, and even an email sent to me when I crossed the finish line! Here’s my result:

Without stroller, I run at a nice and slow 10 minute per mile for a 10K (I will eventually work at getting faster without injuring myself along the way!); with a stroller, I run at about 11:20 minute mile for a 10K. When I run with a stroller, though, I tend to stop a lot because my son might need to pee, have some water, eat a snack, get out and do a quick run with me, or just wants to get out and walk. I rarely can run without interruption when I do a stroller run, so that speed is definitely affected by that.

Title Nine has made a few notable improvements since last year. I attended last year’s race with my then 3-year old son and I was really disappointed that while we had a chip on or bib there was apparently only have gun time and no chip time. There was no ranking by age groups or anything of the sort last year. I wrote the event director about this and to her credit, the event manager, Melanie Dries, got back to me last year immediately and obviously made a lot of very positive changes to this year’s race. This year, the race was professionally timed, still had all the good stuff (like the free kids races and jump houses for the little ones), and they gave out awards (as well as awesome prizes) for age groups and categories. Quite a few fast stroller mommies received shiny new B.O.B. stroller (I was so envious!). The only thing about this event is that there are few photographers so I have no pics to share here.