Home
2013
September
20
Motivation
I am a Certified Personal Trainer
Posted in MotivationPersonal
by mommybellyPosted on September 20, 2013September 23, 2013


So this post almost didn’t happen. I was prepared to fail and either not blog about it or just suck it up and write a blog post to make a promise to hit that goal and retake the test at a later time. I knew my test was coming for a while but this past month I literally had way too many things going on keeping me from studying. I had in-laws visiting at the last 10 days of August (which meant getting the house ready in the weeks before), lots of appliances and stuff around the house breaking in need of repairs (it was literally one a day for the last two weeks) that I am still trying to get on top of going into next week. My kids are going through their crazy nightmares stage and my attempts to study were constantly interrupted. I attempted to cram but it meant that I didn’t get very much sleep the last couple of weeks.

Every other practice test I took I would not pass, but whether I passed or not, I would study the answers and flip through the books. There are a lot of materials to know, and the test was reasonably difficult. I decided to study because I wanted to really learn about exercise science and setting this goal means proving myself. I put of taking the test for a while given how the two kids occupy me, but there is a limit to the amount of time ACE allows you to put off taking the test.

Even on test day, I ran into problems. Kids needed to be dressed and taken care off before I left (though my husband was gracious enough to do the drop off on test day morning. I encountered traffic that made me late 5 minutes instead of early as I intended, and the exam ticket listed the wrong building address for the test (it was in the next building, which I ran to). During the exam, I encountered slowness with the computer (what seems to be a network issue) that took away about 15-20 minutes from my exam time. Luckily that happened toward the end as I was reviewing my answers, and I didn’t lose my exam and was able to submit it. I emotionally prepared myself for failure but was glad to see immediately after I submitted the test that I passed! 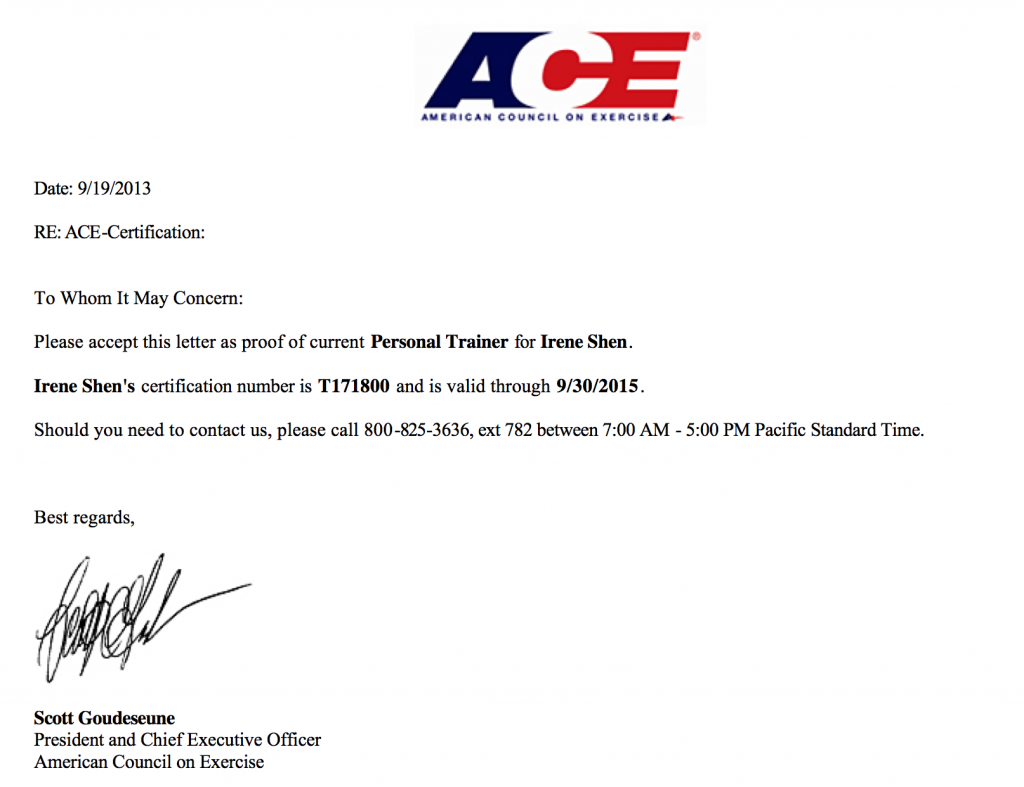 I think I will still go back to the book and read again even after passing this exam, but I am at least relieved that I won’t have to spend extra money to retake the test.