Just yesterday I had a very unfortunate experience where somehow someone else’s depilatory cream got in my hair and burned some clumps of hair off. It was traumatic for me. As much as I am a dedicated gym goer and enjoy the friendships that I have made there, the recent incident proved to be the straw that broke the camel’s back, so to speak. I will likely still go to the gym for a class, but I most likely will stay the heck away from the locker room for a while. My exasperation has led to this list of bad things I have personally witnessed from people at the gym.

1. Not cleaning up after oneself.
More than a few times, as a concerned gym citizen, I have wiped up puddles of wetness from the floors. It would be so unfortunate if someone, in particular, I have seen older ladies who come to the gym in their walkers, slip and fall on those wet puddles. People often just drop their towels right on the floor, too. 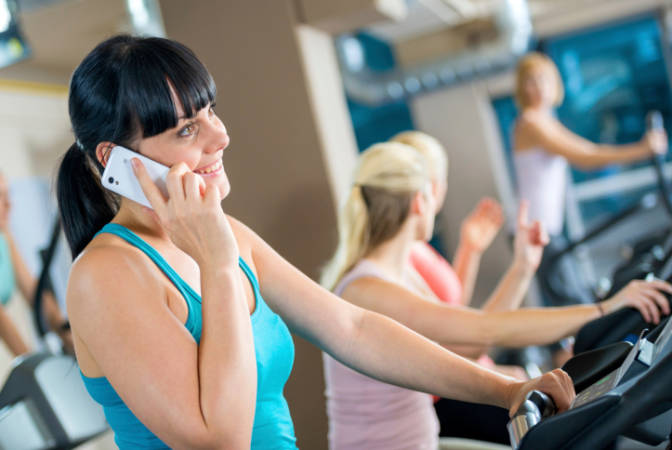 2. People who talk on their cellphones in the lockers, loudly, for more than a minute.
I can understand needing to answer a call, but anything more than a minute is too much. Plus, when people are on their cellphone in the locker they tend to be loud about it, too. People do this on the gym floor too and I find it equally annoying when it lasts beyond a minute. If you need to chat, get off the equipment and go somewhere else!

3. People removing their leg and pubic hairs in the public communal area.
This is probably how I somehow got depilatory creams in my hair. I am still not sure how a few drops landed on my hair, whether it be splatter or contact contamination from a towel.
In an upscale gym, I have actually seen a sign asking people not to color their hair in the facility! I asked if this was based on actual precedent and was told yes.

4. Leaving hairs and trash in the showers.
I have seen even food items. Eww.

5. Asking for shampoo or other personal hygiene items like it is indebted to you.
I have literally had a lady open up my shower door and putting her hand out asking for shampoo, neverminding that there is a shampoo and body wash dispenser in every stall. When I pointed that out she said she didn’t like what the gym provided. She wanted to “borrow” something better, and when I gave her some she expressed displeasure because it wasn’t good or too little. WTF – then remember to bring your own items, your highness!

6. Sitting the locker room benches naked. Or just hanging out naked, and standing close to me while unnecessarily naked.
I kind of don’t get this. I mean, you can at least have underwear or a towel covering the vajayjay-anus, right? No thank you!

7.Taking long ass showers.
There have been many times when I have waited in a lengthy line in the shower, and noticed that more than a few people are taking showers longer than 10 minutes, even more than 15. Seriously, is there a need to take long showers at the gym? In California, we are in the midst of a multi-year drought, so I am guessing that some people might have the mentality of “getting their money’s worth” at the gym while saving their water bill at home, but this just sucks. Most of the time, unless you are injured or have issues with mobility, you can shower in 5 minutes or less.

8. Hanging out in front of the mirror with your iPad or computer after you are done getting dressed and groomed.
Unless the gym is upscale enough to have a lounge (and some do), it is inconsiderate to loiter. Be mindful that other people might need to use the grooming area to actually get on their way!

9. Leaving personal items in the locker, without a lock
I have opened my share of lockers thinking I would put my items in there only to find that someone already stashed their stuff in there. Of course, this is not a big issue for me as long as there are plenty of lockers around and I don’t have to spend a lot of time opening up lockers to find other people’s stuff in there… It just isn’t smart, mmmkay?

10. Going barefoot.
It is just not sanitary to go without flip-flops in the locker room or some form of shoes in the gym. I have seen people walk around barefoot in both locker room and the gym and it is just gross, not to mention unsafe.

11. Slamming your equipment/weight down.
There have been times where I am just hanging out on the treadmill and then suddenly startled by the loud sound of slamming weights followed by the sound of a grunt that is more appropriate during labor and delivery than at a gym. That is just rude. Did you just use more weights than you can possible handle?

12. Stealing gym towels.
At my current gym, we have towel service, which is a really nice perk because then I don’t have to be lugging wet towels in my gym bag. I have seen people using more than their share of towels, but apparently some people also try to get their money’s worth by just taking them home. Recently the gym was hit hard with towel shortage, and when I inquired about the reason why the staff told me about the stuff they have to put up with. I seriously feel bad for some of the abuse that the gym staff has to deal with sometimes.

13. Trashing the parking lot
My gym has child care and it is one way I get some exercise and shower without my kid bugging me. However, it is really unpleasant when I drive to the gym, park, step out to find all sorts of nasty trash from drinks, food, to used condoms on the floor. WTF are people doing in gym parking lots!?